Having met in Seinäjoki in 2017 at a matchmaking event, Tornio Brewery (Finland) and The Wall City Brewery (Northern Ireland) have been working together to produce original and innovative beer recipes.

Established over 140 years ago, Tornio Brewery is a large craft brewery located in Northern Finland. However, it’s going back to its roots – as an artisanal brewery, using nutritious local barley and the cleanest water in the country. Involving professionals from different countries and backgrounds, such as Finnish and Czech brew masters, Tornio Brewery has introduced a new product line called Lapland – Brew Masters’ Classics.

The Wall City Brewery is located in Derry in the north western part of Northern Ireland and was established in 2015 by James Huey, a qualified brewmaster with 12 years of experience brewing for the largest beer company in Ireland, Guinness.

Representatives from the two breweries met during the Food Business Summit matchmaking event organized by Enterprise Europe Network. As a result of this meeting and in continuation of the Tornio Brewery’s product line Brew Masters’ Classics, the chairman of Tornio Brewery, Mikko Ahokas, invited James Huey to visit its brewery in Finland.

During his visit in 2017, James Huey spent two weeks crafting and brewing with Tornio Brewery, and, as part of the Brew Masters’ Classics line, they developed together a new gluten-free Red Ale, along with other exciting new beer recipes. This gluten-free Irish-style red ale is based on a traditional Irish recipe using pure Lapland groundwater and Finnish malt and was awarded a major brewing prize. It is now Tornio Brewery’s second-best selling beer.

Thanks to this successful collaboration, James Huey visited Tornio Brewery again in 2019 to develop a brand-new product, a Lapland Golden Ale. “We both are passionate about brewing; we are small town breweries and our stories are a bit similar. We had pure fun last time and it was nice to come back” recognizes James Huey regarding the cooperation with Tornio Brewery. The two breweries are considering co-production in the near future, since quality malt products (from Finnish raw materials and purest water) will also appeal to customers in Northern Ireland.

This international collaboration has offered both businesses many opportunities to be creative and learn. The fact that Tornio Brewery is about four times the size of Walled City Brewery, allows it to focus more on scaled-up production but with less flexibility, whereas the smaller sized partner brings greater creativity and innovation. During James Huey’s most recent visit to Tornio Brewery, they set up an in-house small batch brewing plant to experiment with different mixes and combinations, brewing small and testing quickly. The lean modern way to develop and test new ideas.

To further boost the learning process and cooperation, James Huey brought a colleague Josh Kyle with him so that Josh could learn about the operational side of a bigger brewery, working in different areas, including the bottling line. This represents a perfect example of good sharing and learning – learning from doing.

In the near future, James Huey would like to host Tornio Brewery back home in Derry to continue with this collaboration. 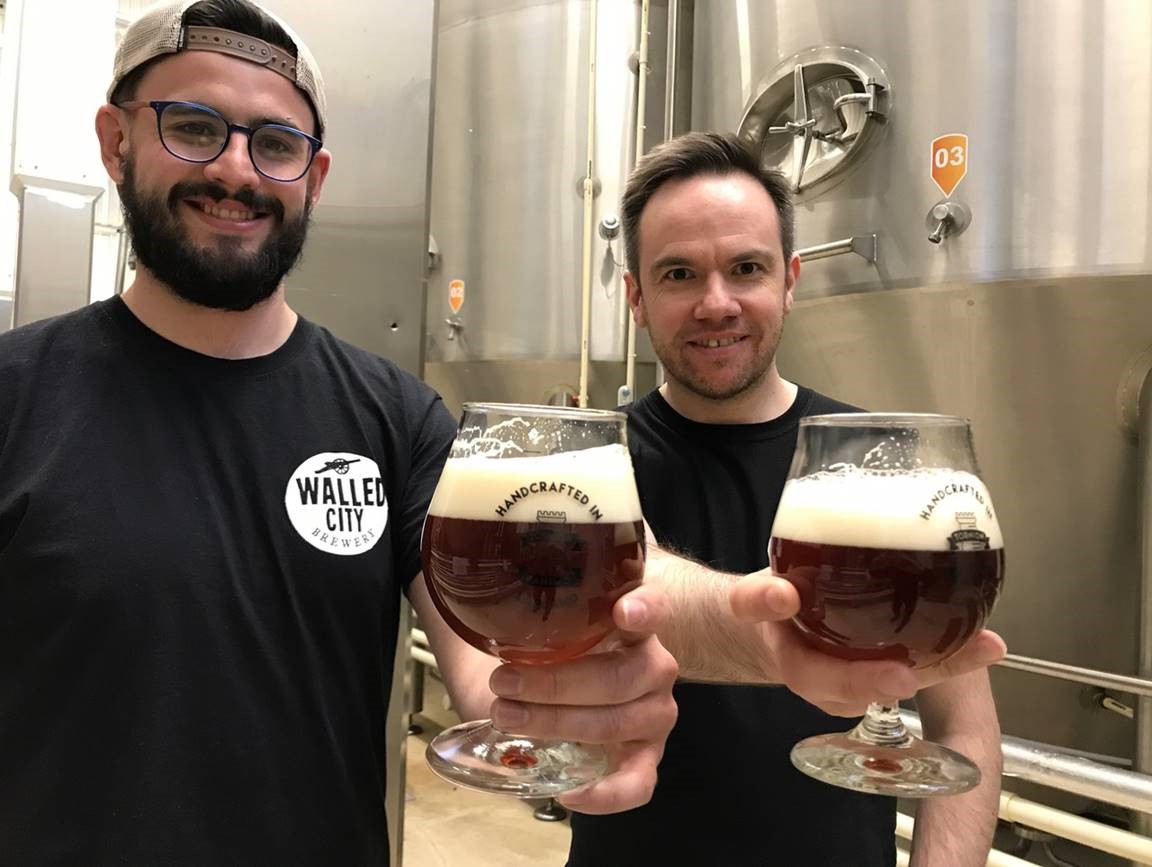 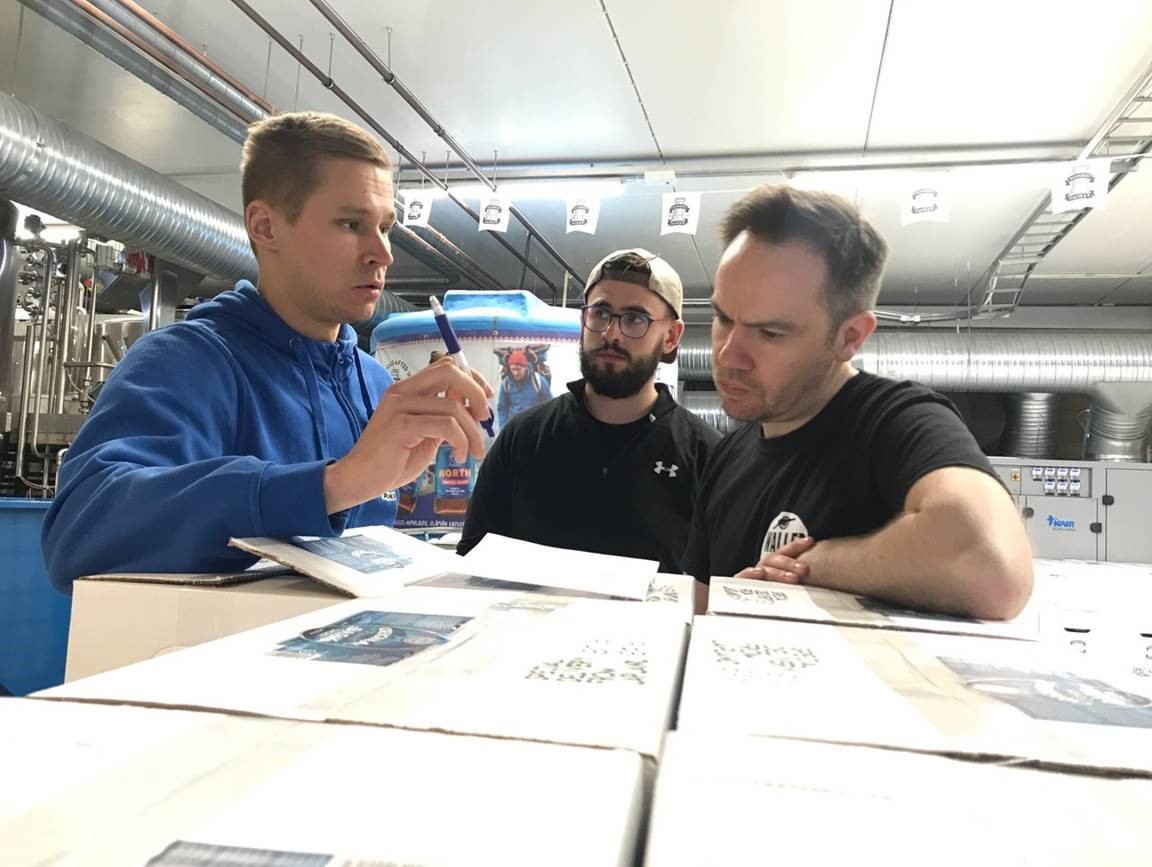 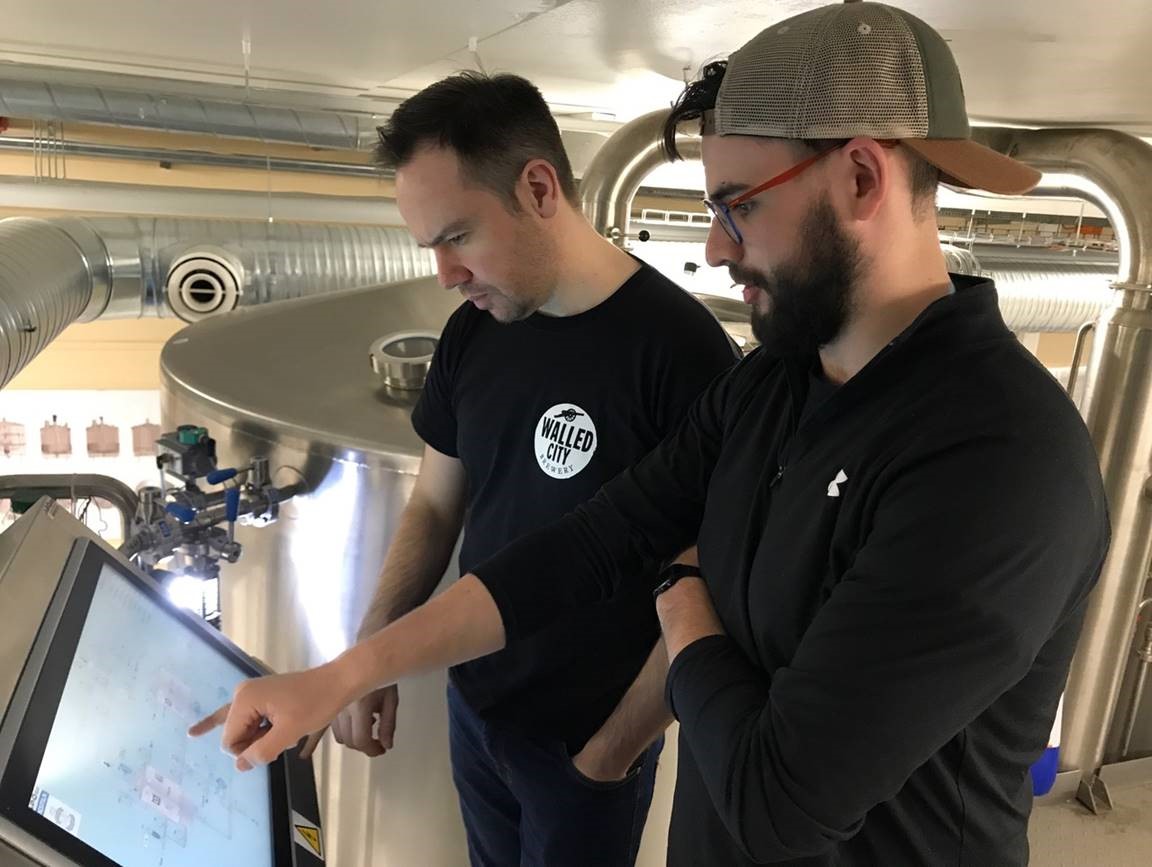